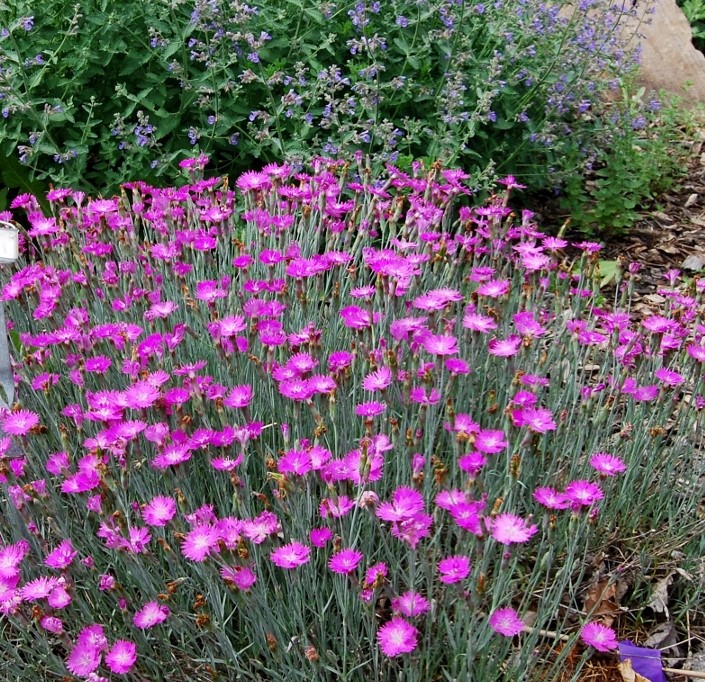 When you live in a state that has snow and ice it’s inevitable that part of the yard will be exposed to deicing salts when the snow melts. As the snow melts the salt is incorporated into the ground water that the plants use when the ground thaws. The accumulation of salt will inhibit the plants ability to uptake nutrients and eventually lead to death.

There are a few signs that your plants have been damaged by salt. You may see brown needles on evergreens, grass along a road or sidewalk that isn’t growing back and stays brown, and stunted growth or death of plants that were planted near the salted area. Salt buildup can happen over multiple years so death may not be within one winter season.

Switching the type of deicing salt to something that is plant safe can be extremely helpful if you want to plant whatever you want around an area that may be exposed to salt. Plant safe ice melt alternatives include calcium chloride, magnesium chloride, or calcium magnesium acetate instead of rock salt or sodium chloride.

If switching your deicer isn’t an option, here is a list of plants that are salt tolerant around your driveways, sidewalks and roadsides. Please keep in mind that if there is an abundance of salt, plants still may exhibit signs of stress even if it’s labeled as a salt tolerant plant.

Read “Smart Salting for Your Native Plantings” to learn more about how salt build up effects your plants and ways to avoid over-salting.